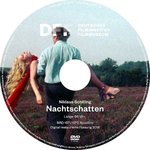 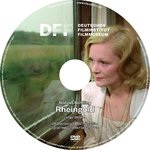 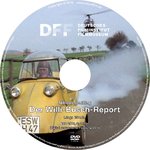 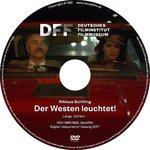 Film and Video art is the subheading of the exhibition Fassbinder – NOW, which examines the way in which contemporary video artists reference Fassbinder’s themes and aesthetic strategies today, thus linking him to the present. In her introductory words, Fricke sets out the exhibition’s thematic framework while summing up the ways in which video and other visual artists have been dealing with Fassbinder, from the 90s up to the present day, from Monica Bonvicini through Rirkrit Tiravanija and Brice Dellsperger to Ming Wong.

How the cinema and the film aesthetic have gradually found their way into art museums is analysed in-depth, using many examples, by Ursula Frohne in her article „Expanded Fassbinder – On the Aesthetic Legacy of Cinema In Contemporary Art“. Cinema lovers in the age of the ever-present digital image may take heart from her finding, with reference to Jacques Rancière, that “paradoxically, it is in its ,new hybrid forms’, which extend it into the museum, that cinema is succeeding in regenerating itself and having an impact beyond itself“. The catalogue, more than 300 pages, offers the opportunity to come to grips with all of the exhibition’s thematic concerns: in several compilations of excerpts from Fassbinder’s films, the topics that occupied him are illustrated, as is his formidable repertoire of aesthetic techniques. These are juxtaposed with the works of six contemporary video artists. Furthermore, the items on display, made available by the Rainer Werner Fassbinder Foundation Berlin, the exhibition’s cooperating partner – screenplays, documents, correspondence, notes, photographs – provide the visitor with insight into Fassbinder’s methods of thinking and working. These broad thematic arcs in the exhibition are reproduced and amplified in the catalogue: authors such as Brigitte Peucker, Cristina Nord and Thomas Elsaesser make contributions dealing first and foremost with analyses of the works: “Fassbinder Re-framed“ (Peucker), “,The little bit of freedom’ – Rainer Werner Fassbinder and Television“ (Nord) and “Retroactive Prescience: Fassbinder’s The Third Generation” (Elsaesser).

“Forms of exclusion, oppression, exploitation and (self-)destruction – sometimes more subtly, sometimes more overtly. As Fassbinder saw it, violence and power belong to the basic features of the present“, writes Nisaar Ulama in his text “Stories of Violence: How Tom Geens and Rainer Werner Fassbinder tell of a Possible Present and a Concrete Past“. This article examines, from the perspective of Fassbinder’s work, how it is linked to the society of fear and repression depicted in Tom Geens’ short film YOU’RE THE STRANGER HERE.

Four of the six artists represented in the exhibition illuminate their own personal relationships to Fassbinder and his body of work in short essays: Tom Geens, Maryam Jafri, Jesper Just and Ming Wong. Also present in the exhibition are Runa Islam and Jeroen de Rijke / Willem de Rooij. Ralf Michael Fischer, Bridget Crone, Lilian Haberer and Svetlana Svyatskaya, herself the assistant curator for the whole exhibition, join Anna Fricke in subjecting the video artists’ works to incisive analysis.

Hans-Peter Reichmann, head of the Deutsches Filmmuseum’s archives, concludes the catalogue with a mention of the treasures to be found among the thousands of documents safeguarded by the Rainer Werner Fassbinder Archive, including, for example, the visibly well-worn working script for LILI MARLEEN (1980), containing many hand-written notes and comments by the prominent post-war German director.

The catalogue is published in both German and English editions, and it is rounded off by a Fassbinder filmography. An illustrations section more than 100 pages long enables immersion in the works of the participating artists. Comparison of aesthetic processes at the level of the individual frame makes it possible to see the way visual language is used to reference Fassbinder in the works of the video artists.

Published by: the Deutsches Filminstitut Frankfurt am Main and the Rainer Werner Fassbinder Foundation, Berlin